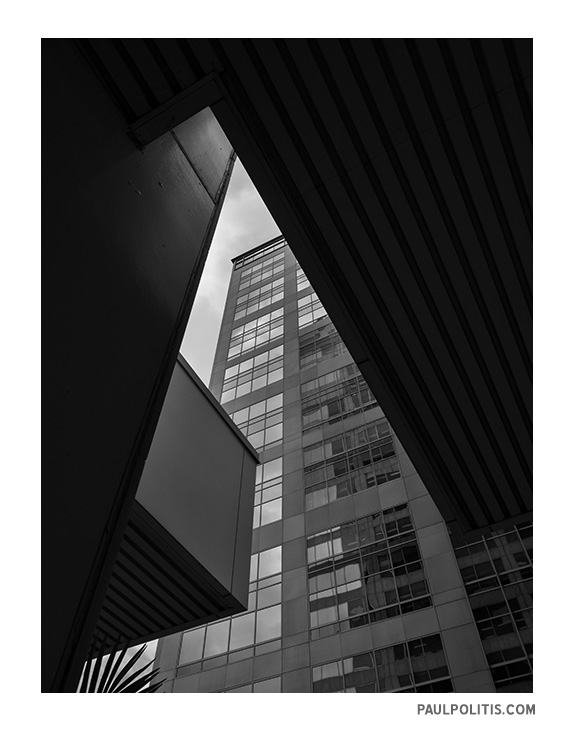 I made a bunch of photos last year that I grouped together and called Skyward which was me having fun with playing around with the geometry of some buildings here in my city. I struggled a bit with that work even as I was making it, feeling that I wanted to be making work a bit more meaningful to me, work that is deeper than simply formal shenanigans. Still, I found myself drawn to pursuing it and, feeling otherwise uninspired, tried to ignore the inner critic and pursue it for a while. I spent a few months, off and on, doing this work and then eventually put what I thought was the best of it together into a collection, and mostly lost interest and moved on to other work.

Since that time, I began to get some clarity into the deeper motivations behind the work and its meaning to me. I understood that it’s about the man-made world in conflict with the natural world, about my struggle with an increasingly alienating and soulless technological and virtual society (whose values I’ve never fully embraced, which has degraded over my lifetime, and which is now in such a state of flux and uncertainty that I cannot know if it will end up in a place that is better or far, far worse, though I have strong suspicions), and at the deepest of levels the work represents the conflict within me between a rational worldview and a spiritual one.

What’s real and meaningful and what are simply distractions from those things? The buildings and their geometry that I was so focused on are not the protagonists of the photos, they are the antagonists, conspiring to block out the sky — a symbol for transcendence — and doing so in ways that I find beautiful in spite of that. The most insidious distractions come in the most beguiling of forms. 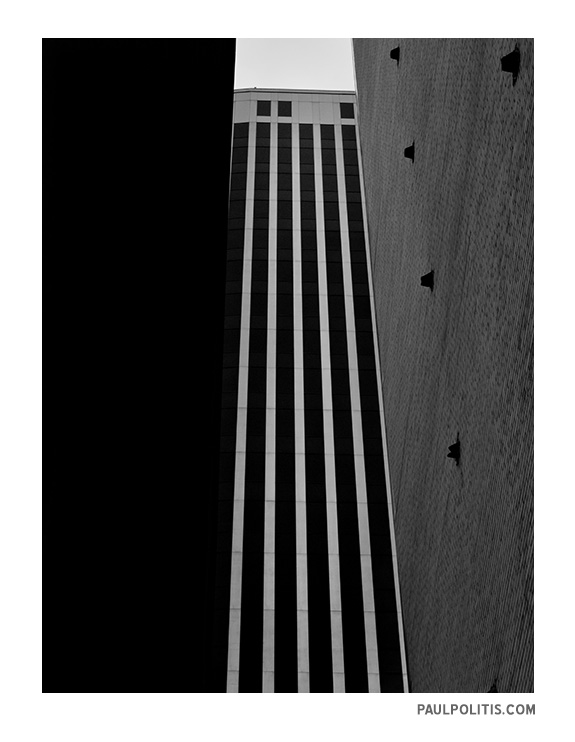 Anyhow, I’ve renamed the series Against the Sky as this title, when understood superficially, accurately describes what’s visually depicted in the photos — buildings photographed against the backdrop of the sky. But it’s the more adversarial meaning of “against” that hints at what the series is ultimately about.

The photo at the top of this post is visually representative of the entire theme of the series. The little fern at the bottom left reaching upward longingly toward the light, dwarfed and dominated by the structures that allow only a hint of light and sky.

The series as it stands now can be seen here, though I still find myself tinkering with the photos to include or exclude and the sequencing, and I’m uncertain about the opening quote. It captures a bit of that feeling of longing, I think, but I need to live with it all for a while and see. 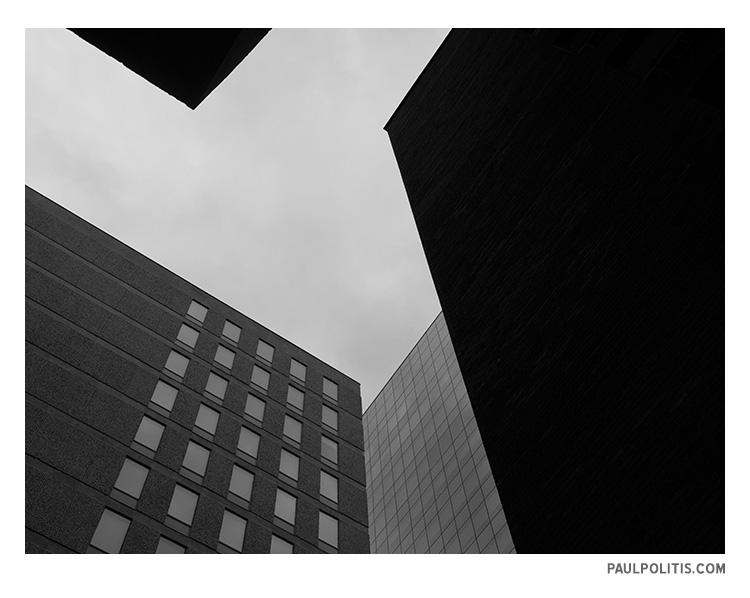 Observations of a One-eyed Man